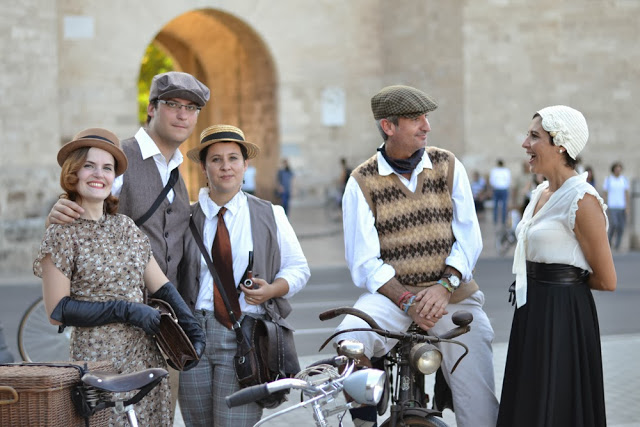 written by Pauline Alice
Have you heard about the Tweed Ride phenomenon?
The Tweed Rides are bicycle rides through a city, where the riders are dressed in early 20th century fashion (from the 20’s to the 50’s). Vintage bikes are more than welcome of course!
Well, last Sunday was the first Tweed Ride Valencia and it was a huge success!

We were more than 200 persons for the very first time it was organised in Valencia and as you can see in the picture, people really dressed up!
Of course, I had to make something for the occasion! It’s not like I really need any excuse but come on, it would have been a pity not to sew something special. And not only for me, for my man too! 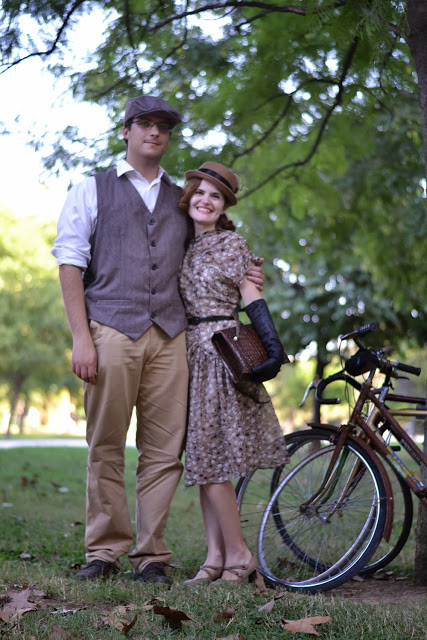 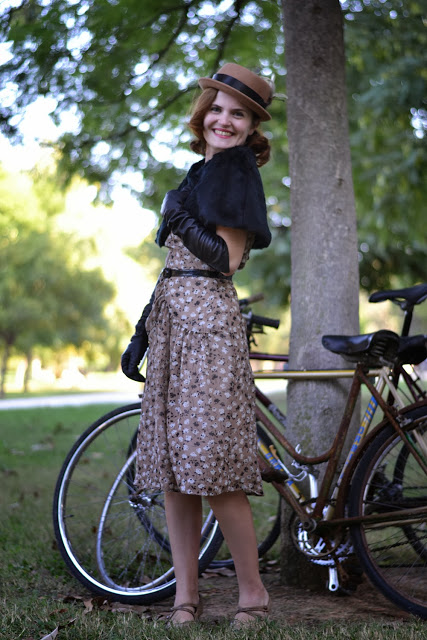 Tweed seems like a good idea in October, but in Valencia, not so much. We were all sweating (ok, the men were because they were all wearing wool socks, vests, jackets, hats… so sartorials) but at least we were fashionable!
I made my boyfriend a vest and a cap from the same fabric. Both are from Burda (who knew Burda was so vintage-forward?): the vest is #136 and the cap #142 from the April issue 2013.
As for my dress, I made it from Vintage Vogue 2787 pattern, a reproduction from 1948. I used a nice crepe georgette I had for a long time. I also made a little faux-fur capelet (that I didn’t wear because of the heat) completed by my own hat and leather gloves (hand-sweating is so disgusting). 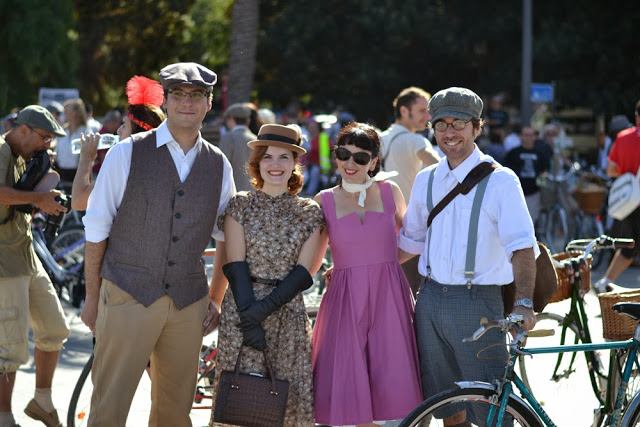 Here we are with my friends Gloria and Joan (they own the best teashop ever: La Petite Planèthé). Gloria wore one of my dresses for a 50’s style. She looks adorable! 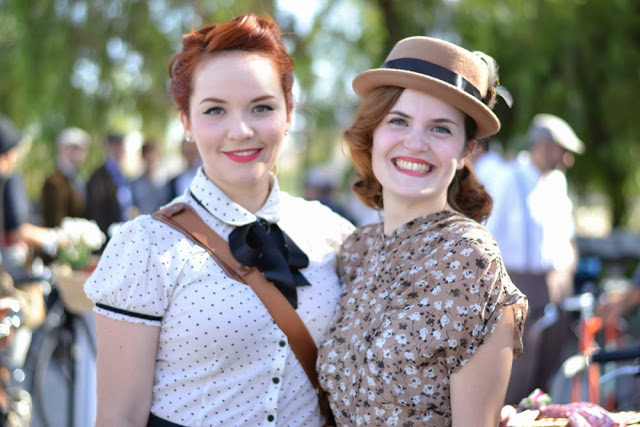 And finally, a picture with the beautiful Nay! She’s a photograph and took so many pictures of the evnt while being so stylish.
And these two little girls were so cute and nice!
So I’ll leave you with them, you’re in good company… 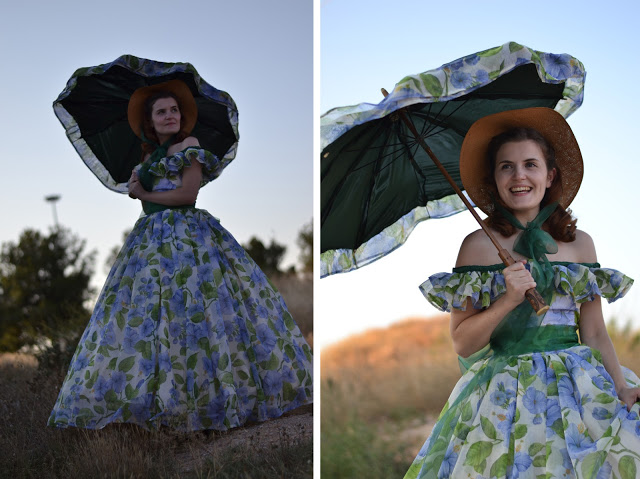 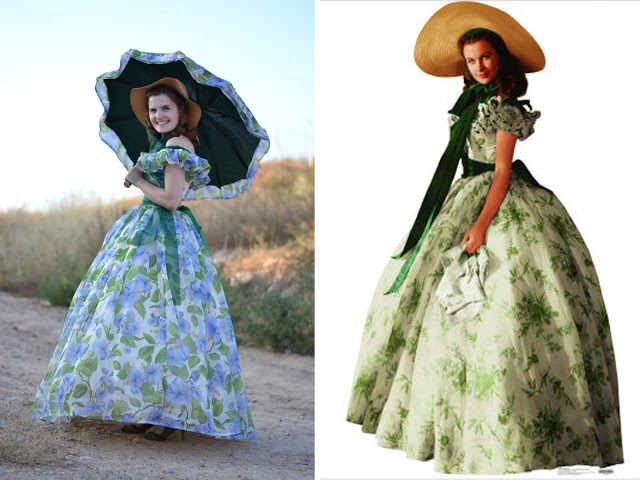 That’s the last dress I made: the famous barbecue dress worn by Scarlett O’Hara in Gone with the wind.
I made it for a special occasion (I don’t wear that kind of dresses on a daily basis, sorry to disappoint you): a costume birthday party! How cool is that? I love costume parties…
And as the theme was the cinema, I couldn’t think of a better heroine than Scarlett. 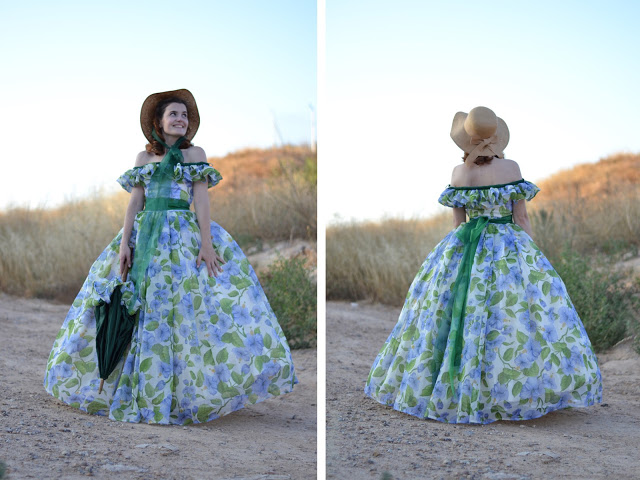 I drafted the pattern myself: the skirt is gathered (5 meters of fabric) and the bodice has front and back darts. It was not a dificult dress to make even if it looks like it, but quite time consumming (one week-end non-stop).
The most important part of the costume is the foundation: a corset, a hoop-skirt and an underskirt. I will explain all those parts in the following post. 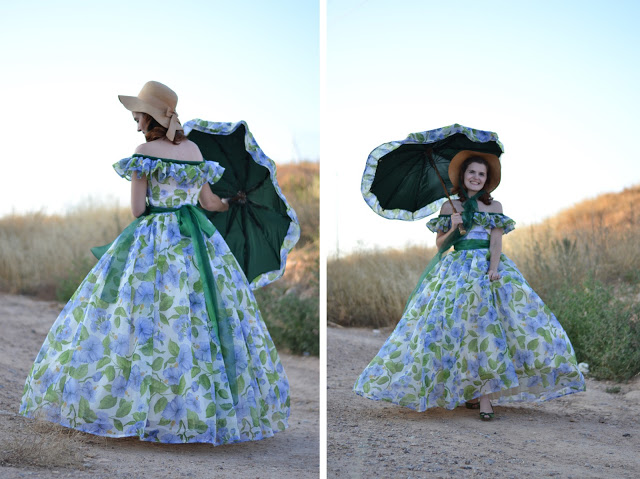 The dress was surprisingly very confortable and so dramatic. I didn’t want to take it off at the end of the night…
I leave you with a short excerpt from the movie where you can see the dress and the foundation worn by Scarlett I used as inspiration.
See you on Friday for the details post.